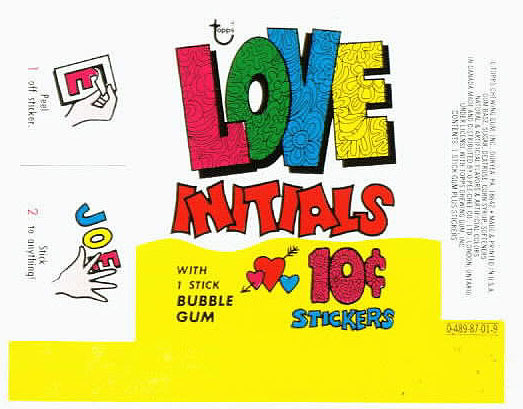 Concept drawing of design for display box by Norman Saunders 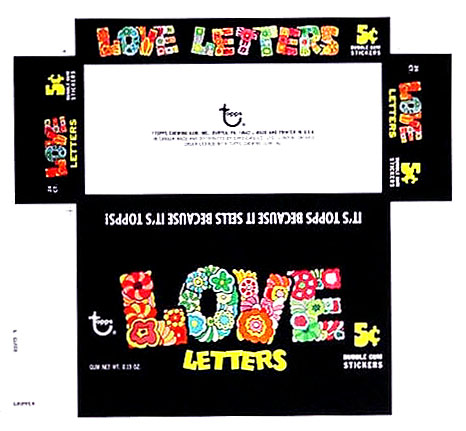 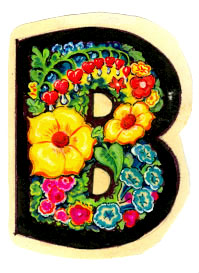 This is one of several completed paintings created on freelance speculation for Topps to propose a new series of alphabet stickers based on the idea of FLOWER POWER . Saunders was a freelance artist who was usually assigned to paint jobs for Topps. However, Saunder was sometimes inspired to invent his own idea for a series of trading cards, and in those instances, the artist would paint impressive examples of his proposal and offer them for consideration to Woody Gelman at Topps. The FLOWER POWER proposal came after Norman Saunders had successfully proposed the idea for "NUTTY INITIALS" to TOPPS in 1967. The FLOWER POWER series was based on Norm's idea to decorate each letter of the alphabet with corresponding flowers, from Asters to Zinnias. This letter B shows Buttercups, Bleeding hearts, Bluebells, and Begonias. To produce this accurately detailed horticultural series would have required Topps to commission Norman Saunders to carefully paint every letter. Topps liked the idea to capitalize on the Flower Power fad, but they simplified the design with line drawings of basic flower-like graphics, which was faster and cheaper to produce. That revised project was eventually titled, "LOVE INITIALS" and was released in 1969. Most of the images in that series were designed and colored by Norman Saunders.