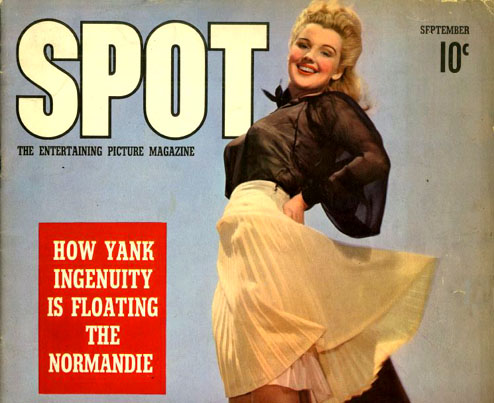 This is a cropped view of the upper half of the cover of SPOT magazine from September 1942, nine months after America's declaration of war. This was a photo-pictorial magazine of contemporary events, similar in size and content to LIFE magazine. The feature article is "FLOATING THE NORMANDIE." Two months after the Japanese attack on Pearl Harbor, this famously grand passenger liner had been converted for military service as a troop ship and was berthed in a Westside pier of Manhattan when it was mysteriously destroyed by fire. The haunting scene was reminiscent of Pearl Harbor and the tragedy was hysterically presumed to be the work of enemy sabotuers, but was later determined to be an accidental fire. 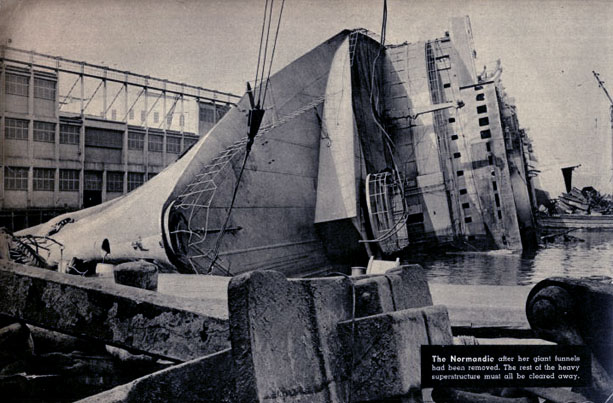 Norman Saunders, like many New Yorkers, heard a news flash over the radio and ran to the site, and stood on the shore, from this same vantage point, to witness the tragic fire as it burned through the night. 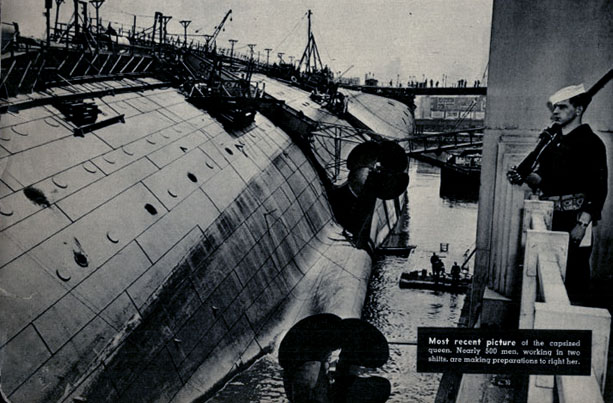 This view is from the far end of the southern pier, looking back towards the West Side Highway where traffic has stopped and tiny silohouetted spectators are visible.