This article of "Yank Ingenuity" had significance as war morale for an America dedicated to the war effort and longing for any signs of victorious progress. (note printed credit for Norman Saunders under the article's title line.) 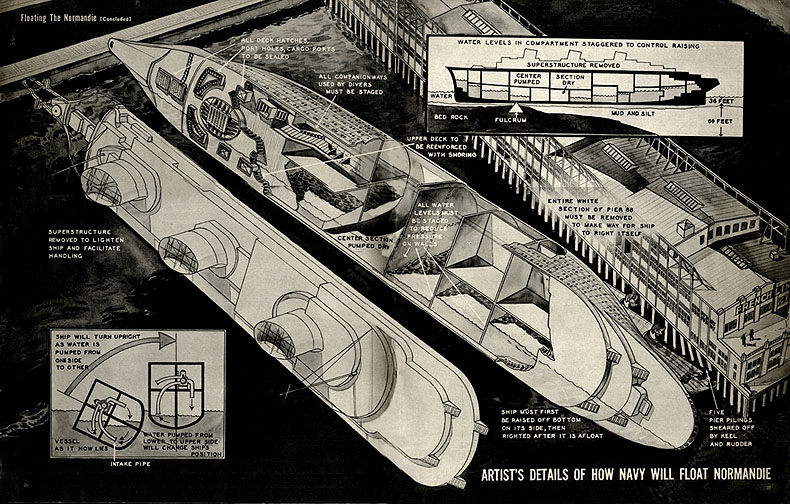 Norm sketched the disaster and created elaborate drawings of the event. He sold the idea to editors of SPOT magazine, who composed this article to accompany Norm's final two-page drawing that details how to engineer the re-floating of the massive ship. The memorable experience of generating this article from his own spontaneous creative response to a national disaster was among the last illustration projects for citizen Norm before his own enlistment in the U. S. Army, and it is indicative of the emerging presence of his creative personality in the "slick" magazine world before his military service.